Simply Hemp was built on the idea of solving everyday problems such as: chronic pain, Inflammation and difficulty sleeping.

Paula Robinson and Tracy DuMars, the founders of Simply Hemp, both suffer with several of these conditions. Prescriptions and OTC drugs were no longer a solution due to the many serious side effects they produce. They knew they needed to find a natural solution to help people and animals. CBD immediately became their focus.

Paula having inflammation, chronic pain, bone spurs, and arthritis was left with little relief after many years of OTC anti-inflammatory drugs. These medications caused severe damage to the lining of her stomach which lead to a series of excruciating digestive issues.

Tracy having worked in the Veterinary field most of her life was determined to find something to help animals with many of the same problems. After discussing CBD and doing their research they knew they could make a difference. They soon found out there were numerous CBD products on the market, but many of them were poorly produced and not effective. The search was on!

Soon after a friend and leader in the CBD/Hemp industry invited them to a Hemp Summit (a convention for the CBD/Hemp industry). This was where things transformed. A whole new world filled with hope and possibility was created. They met manufactures, sampled products and heard many stories of how CBD is benefiting people and animals. The education was astounding. After sampling many different CBD products and seeing results they knew they found a solution. Soon after, Simply Hemp was born.

After Paula’s first month on her full spectrum oil she noticed her inflammation improving daily. Soon after she had annual blood work done and her cholesterol had decreased by 10 points. Her neck was feeling better and after 2 months of taking the oil daily she was finally pain free and her digestive problems were resolving. 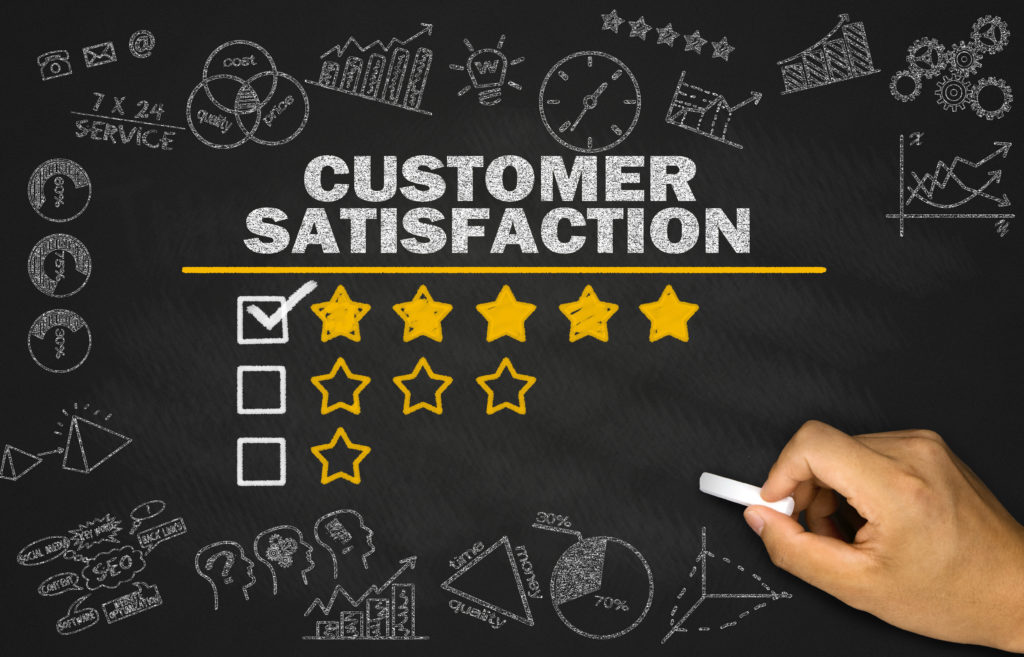 Paula and Tracy are committed to giving you the highest quality organic full spectrum cannabinoid rich products on the market while keeping their products at a price people can afford. They strive to help people and animals while offering their customers a safe, effective alternative to prescription and OTC that can cause serious side effects.

In recent years, demand for CBD has skyrocketed and the market is being flooded with imported and poor quality CBD products.

This is why quality and trust are at the forefront of Simply Hemp’s mission.

We source our hemp from industrial hemp farms that produce some of the purest CBD Hemp in the USA. Our CBD is organically grown, pesticide free, and Non-GMO. Our hemp farms are fully compliant with the State Department of Agriculture regulations & are large US distributors of agricultural hemp, rich in CBD, CBG, CBC & CBN. Each and every Simply Hemp Shop’s product is formulated with clinically supported active ingredients, isolate or full spectrum CBD as well as other natural plant extracts working synergistic ally to provide unique, safe and effective mind & body care. Know your product! Go to verifyhemp.com look for the number on the bottom of the bottle and enter the number into the search screen to get the Certificate of Analysis (COA) from a third party lab for that particular product. 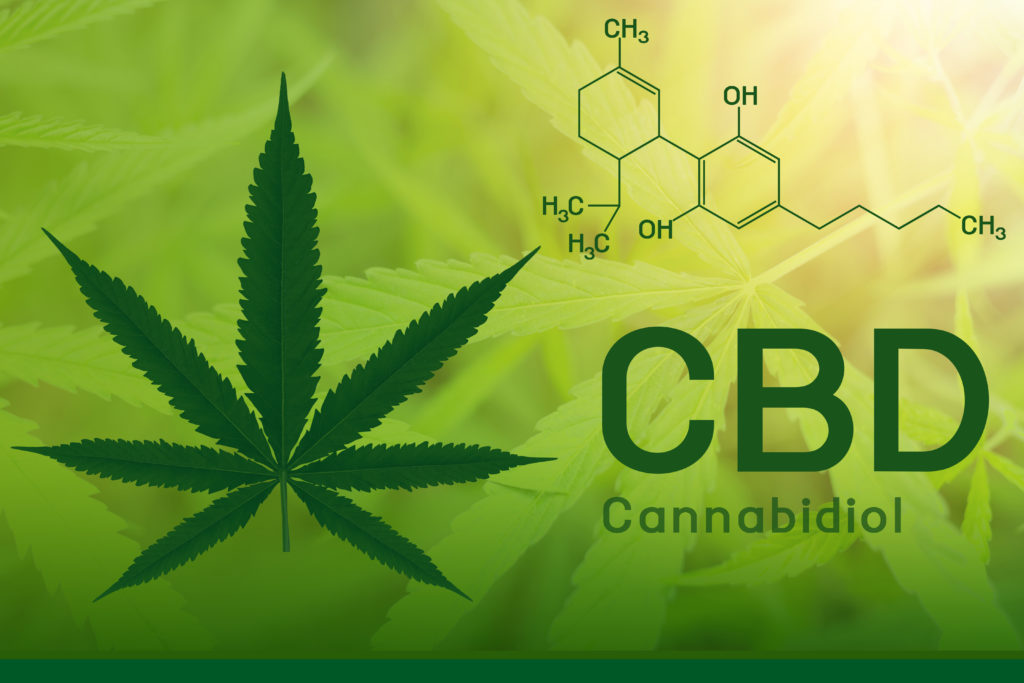 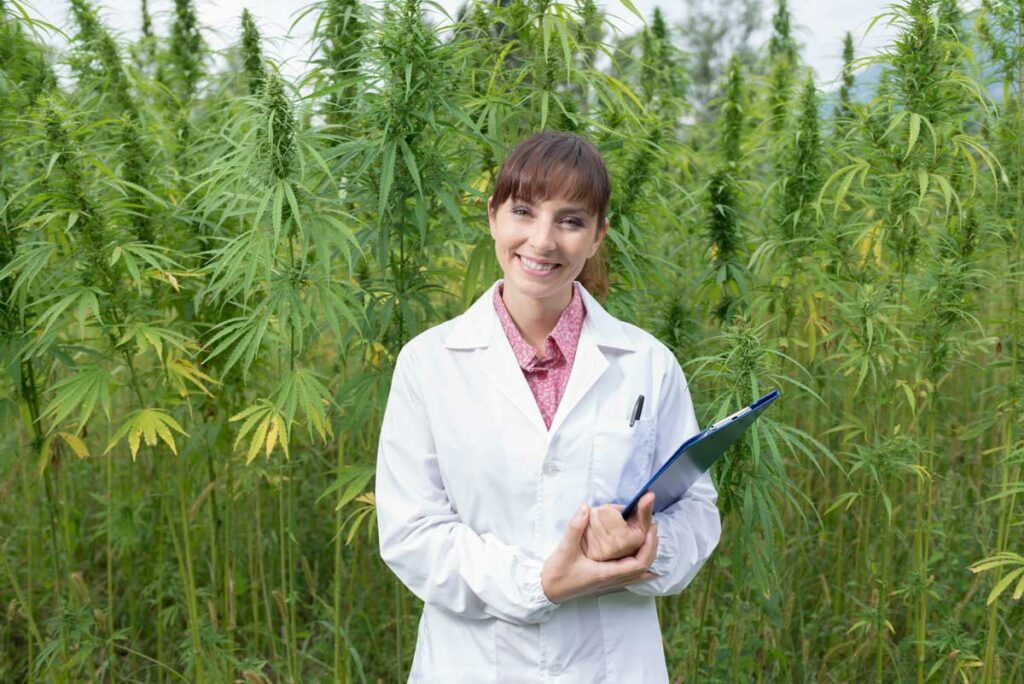 Cannabidiol (CBD) is one of at least 113 active cannabinoids identified in cannabis. It is a major phytocannabinoid, accounting for up to 40% of the plant’s extract. CBD does not appear to have any psychoactive effects such as those caused by tetrahydrocannabinol (THC), and it may have a down-regulating impact on disordered thinking and anxiety.

We all have a human endocannabinoid system (ECS) that works to maintain homeostasis by utilizing cannabinoid receptors throughout the body. Photocannabinoids (CBD) may help the ECS to maintain a healthy state which may lead to improve over all health. All cannabinoids, including CBD, attach themselves to certain receptors in the body to produce their effects. The human body produces certain cannabinoids on its own. It has two receptors for cannabinoids, called CB1 receptors and CB2 receptors. CB1 receptors are found all around the body, but many of them are in the brain. The CB1 receptors in the brain deal with coordination and movement, pain, emotions and mood, thinking, appetite, and memories, among others. THC attaches to these receptors. CB2 receptors are more common in the immune system. They affect inflammation and pain. It used to be thought that CBD acts on these CB2 receptors, but it appears now that CBD does not act on either receptor directly. Instead, it seems to influence the body to use more of its own cannabinoids. 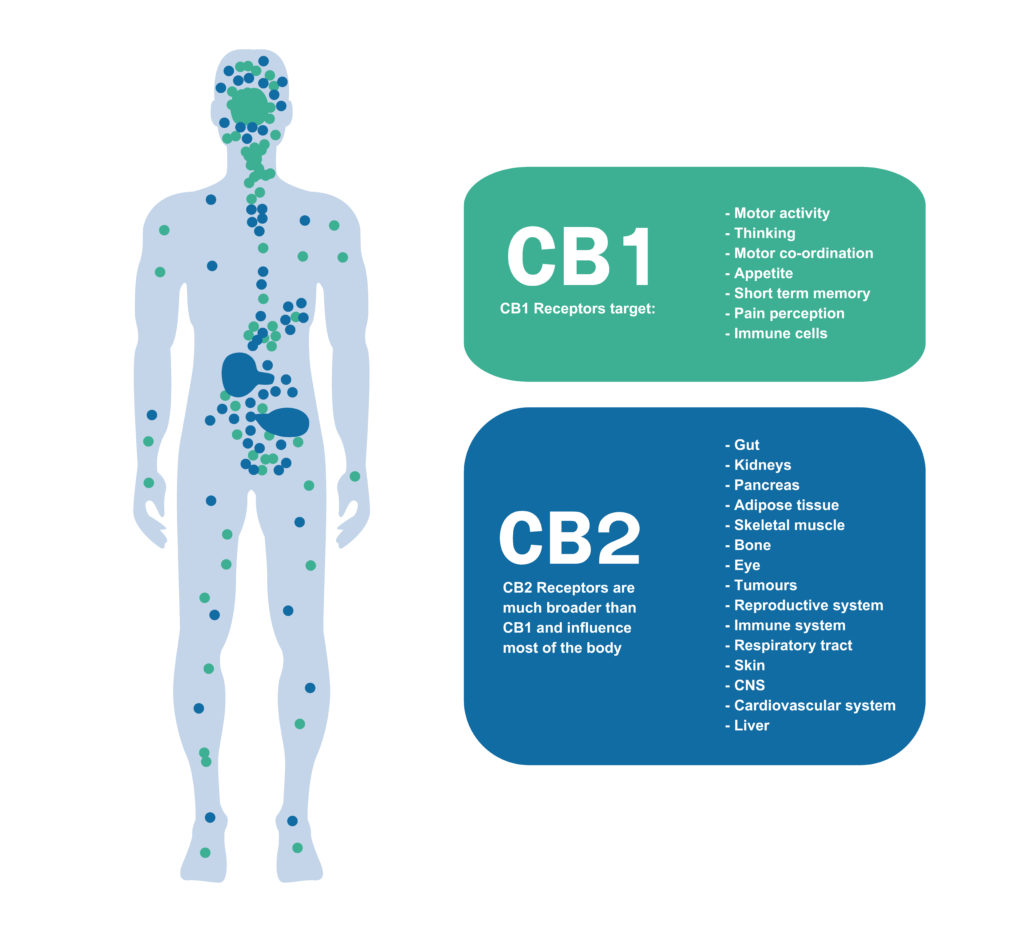 Because of the way that CBD acts in the body, it has many potential benefits. Here is a list of a few:

Humans & other mammals have endocannabinoid systems, specific cannabinoid receptor sites located primarily in the brain, central nervous system & peripheral organs, especially the immune cells. The endocannabinoid system has been found in all vertebrates. CBD interacts in a similar way in pets as it does with humans, therefore it can be used to treat similar conditions. CBD has less than .3% THC & no psychoactive properties. Studies show that cannabinoids have anti-inflammatory effects & can help with a variety of ailments, such as allergies, loss of appetite, arthritis & joint pain, cancer, chronic pain, digestive issues, fatty tumors, glaucoma, homeostasis, IBS, inflammation, phobias, seizures, skin problems, muscle spasms, aggression, anxiety, & neurological disorders. It can help with dogs that have separation anxiety, social anxiety, fear of thunderstorms, or long-distance traveling. It is great for post-surgery recovery since it aids with swelling, pain & stiffness, as well as bone breaks, torn ligaments & strains. Ideally with the advice of your veterinarian, CBD could supplement synthetic drugs which contain many side effects, and can also be used daily to manage mood & pain. Perfect for aging pets. 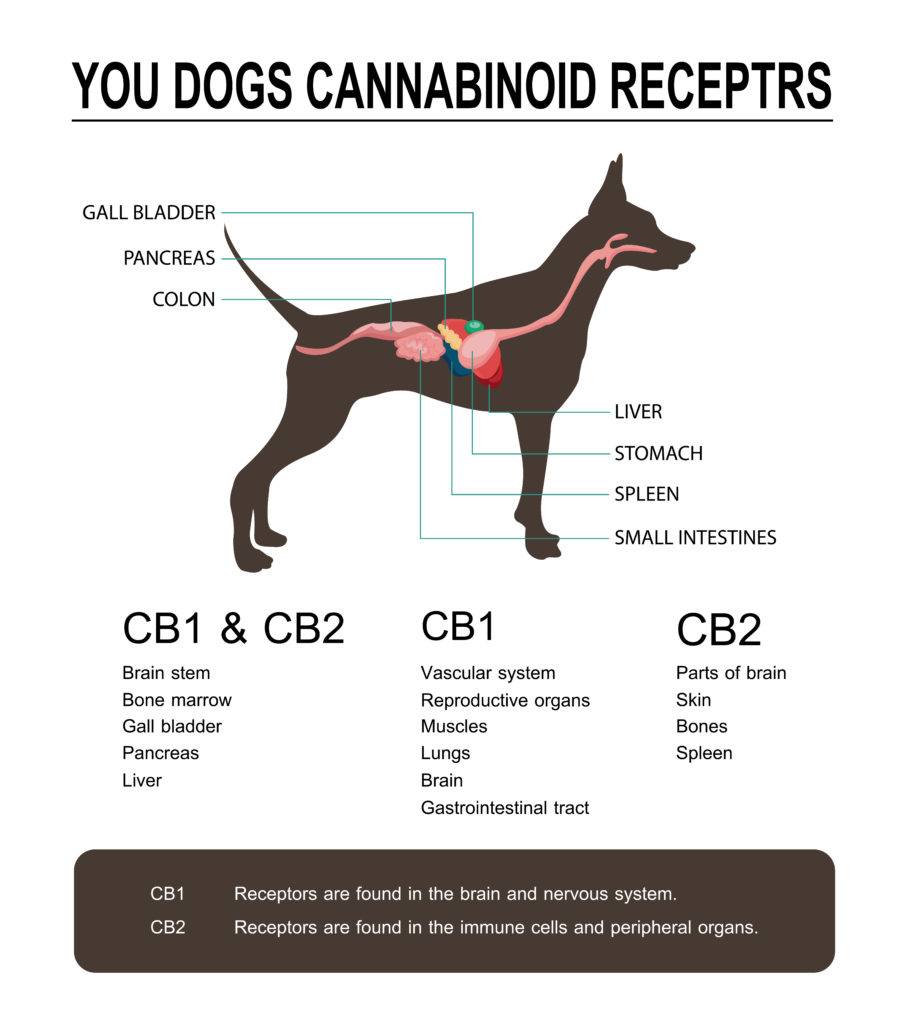 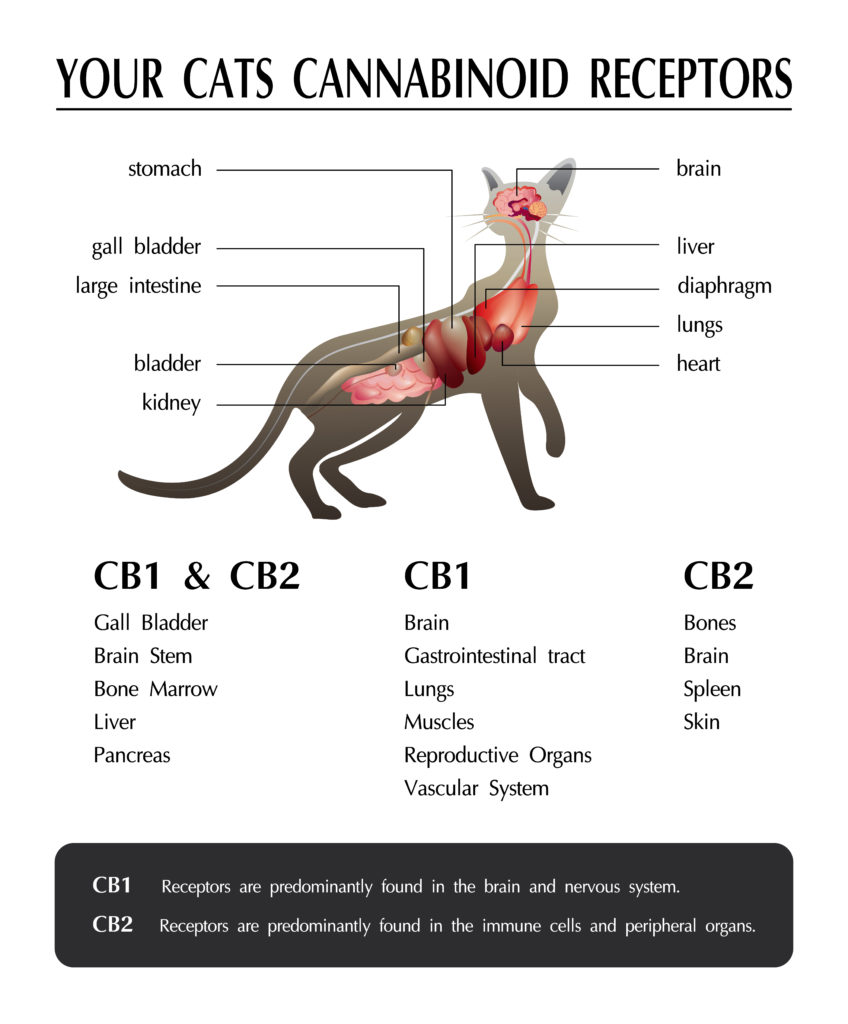 Here’s a Welcome Gift For You as a New Visitor. A Coupon for 10% and Free Shipping!